Some stories are harder to write than others. They take on a different meaning, a different feel. The emotional grind of killing off a character or breaking up a relationship between two lovers or two friends or even family members to further a story along, can be taxing on the writer. That grind amps up when the story is either based on real events or are the actual events themselves. 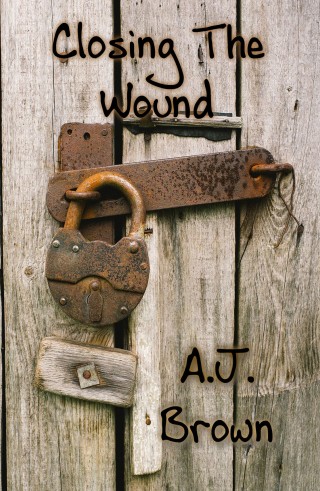 That leads me to my first nonfiction book, Closing the Wound. The people in the book are not just characters, but were, at one point, living, breathing human beings and part of my life in one way or other. The events are not figments of my imagination, but the truth how I remember it. I say as I remember it because time has a way of distorting things. It can turn the eight inch bass a fisherman caught when he was twenty into a six foot marlin at the age of fifty-three. It can take the task of reeling that bass in, feeding it some line, pulling the rod back, reeling, reeling, reeling into an epic battle for survival between man and beast. Time has a way of sneaking up on us and blurring the edges of reality and fiction, sometimes to the point we don’t know which is fact and which is make believe.

When I sat down to write Closing the Wound, I was very careful about those facts and falsehoods. I recounted the events over and over how I remember them. I thought about the people, all of whom the names were changed, and the roles they played in this chapter of, not only my life, but theirs and the main topic of this story, a young boy—no, young man—who died far too soon, taken from this world by another person. I thought about how folks who know about these events might feel about them being rehashed so many years later. I thought about how some of the people are portrayed.

I thought hard on just who is telling the story. And this was the sticking point for me. Everyone has their versions of events, from as close to factual as you can get to the downright outrageous. For me, these are the facts as I recall them. The key to this entire story is it is my recollection. I didn’t seek out anyone else in the telling of this story. I used the facts and my memory to tell it. If someone else wishes to tell this story in their own manner, from their own perspective, then have at it. But for me—and for you—this is my story.

If you would like to pick up a digital copy of Closing the Wound, you can do so by going here.

If you would like to pick up a physical copy of Closing the Wound, you do so by going here.

As always, thank you for reading, and until we meet again my friends, be kind to one another.

2 thoughts on “Closing the Wound”