Before reading today’s post, I want to tell you about our little project. In the coming months one character from each story in my collection, Voices, will be interviewed by Lisa Lee with Bibliophilia Templum.

Since this is an interview, I will go ahead and say up front there are spoilers in each session. If you have not read Voices, I urge you to do so before continuing (you can pick up a copy here: HERE). If you haven’t read the collection, you have been made aware of possible spoilers.

One more thing before the first session: if you have read Voices and would like to ask a question of today’s character, leave a comment at the end, and I will see about getting an answer from the character for you. Don’t be shy, ask your questions. You may get an interesting response. 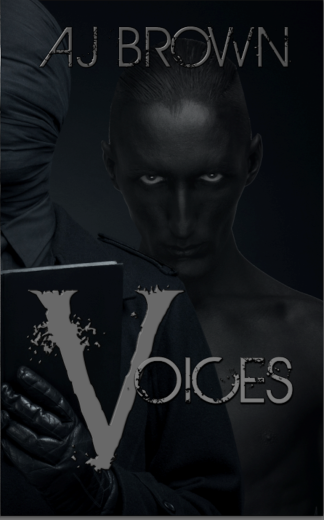 She had not been ready for the final words Lewis said to her before looking down at his leathery hands and seeing tear drops strike the floor between his feet. He takes a deep breath and leans back in his chair. He gives a dismissive wave and shakes his head. He doesn’t have the heart to go any further.

Lisa’s mouth hangs open and she shakes her head from side to side, not knowing what to say. She wants to get up from her seat and give him a hug, but that won’t happen.

Laughter comes from her right. Mr. Worrywart bends down beside her, his shadowy face just inches from hers. She can smell his fetid breath, feel the heat from it on her cheek and neck. “Way to go there, Lady,” he says in his smooth, sinister voice. “You’ve done went and made him cry.”

Lisa swallows hard. Though she disagrees with him, she also thinks he is right. Lewis was bound to cry at some point between his story and his interview. He doesn’t feel guilt about anything he’s done. He is lonely and had been since he found out his Michelle divorced him while he was in prison. Her questions—her final question—and his answers—his final one, specifically—was the straw that broke the camel’s back. It cracked the dam and tears were bound to flood his face as he thought about being alone for the rest of what was left of his life.

Lisa turns at the sound of someone else’s voice. The man kneeling in front of her has kind eyes and dark hair, peppered with white streaks. Though his face doesn’t hold a lot of wrinkles, making him appear younger than he probably is, his eyes hold an age and wisdom in them that is unmistakeable. A half smile is on his lips, and Lisa knows instantly he can be a charmer when he wants to be.

“I … umm … I don’t know,” she says. The world around her shrinks a little. Her face grows hot.

“You look a little upset,” the man says. He glances at Lewis, who has his hands between his knees and his eyes to the floor. “I guess I understand. The old man got a little emotional there.”

“It’s okay, Ma’am. We all have those moments where someone else’s life affects us.”

“Do you prefer Danny or Coach?”

“Well, I guess it doesn’t matter. All the kids called me ‘Coach,’ but no one outside of baseball ever has.”

“Then Danny it is, if that is okay with you?”

“Absolutely.” Danny stands straight, walks to his chair, picks it up by the metal back, and sets it in front of Lisa. He sits down, crosses one ankle over his knee, and places both hands on that ankle. He smiles and nods to her. “Do you have some questions for me, Ma’am?”

Lisa looks down at her notepad, turns the page and reads the one word at the top: COACH. She looks up at Danny and asks the first question. “Being dubbed ‘Coach’ is a respected honor where I’m from. You must have done great things with those kids.”

Danny shrugs in an aww-shucks manner. “I wouldn’t say I did anything great. I just listened to them, their words, their body language. Kids are fairly transparent when they are young so reading them is easy. It’s when they become teens that you really  have to pay attention to what they are saying. Being a coach isn’t about winning. It’s about teaching; it’s about showing these young people how to become young adults and then young men and women and how to respect themselves and others. Show them respect, and they are bound to respect you back.”

“Well, if we can get right to it, how old were you the first time you saw The White?”

Danny rubs his hands together as if he is cold. His brows crinkle as he thinks. “I guess I was in my early teens the first time it happened. I got really sick—bad headache, an odd dazzle in my eyes that were similar to the washed-out spots on old film reels. I was sitting in the dugout. My dad was the head coach of that team. It was the championship game. I remember that easily enough. I had a hit on three at bats and made an error in the top of the inning that got me benched for a defensive replacement. I was pissed. I couldn’t believe my own dad would take me out of the game because I made an error.”

“There was this kid on the other team—his name was Scott Hall—and he was the team’s star. He struck out to end the game. I’ll never forget the look on his face—or the half look, I saw mostly white where the left side of his face should have been. I remember the intense pain bloom behind my eyes. I remember sitting on the dugout’s concrete floor, my head in my hands and crying like a baby. My dad thought I was upset that he benched me. I was, but that wasn’t why I was crying. One look at my eyes and they knew something was wrong.

“We won the game. While everyone else went out for pizza and ice cream, Dad’s treat, I went home and went to bed. Six days later, Scott Hall came up missing. A few years passed, and some kid named Reed Baker decided to dig a hole at the ball park. He found Scott’s body.

“So, I would say that was the first time the White came on. I just didn’t know it.”

“You mentioned thinking it was a migraine. Do you get migraines often?  More specifically, have you been diagnosed with migraines by a doctor?”

“Yeah, clinically the types of migraines I get are called ocular migraines. They start in the eyes and within twenty minutes or so, if I don’t take any medicine, they become full blown explosions in by head. It sucks, and when one comes on, I can never tell if it is the White or just a normal migraine, at least until I see the white wash over someone’s body. Then I know.”

“Can we talk about Coach Davis for a minute?”

“To be blunt, Coach Davis did not seem like a nice man or a good person. Tell me about why you were so driven to try to save him when you knew trying to save people had not worked in the past.” 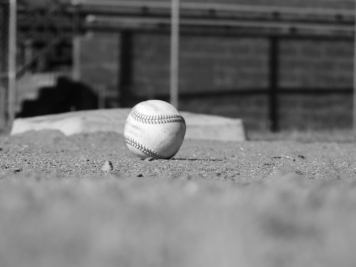 “There’s always a first time for everything, right?” Danny pauses. “Peter wasn’t such a bad person. He was just a bad coach. He wanted to win more than anything else. He was a lot like the guy who coached Scott Hall. His name was Barry Windstrom. I don’t remember much about him—I never played for him—but what I do remember is he yelled a lot on the field, but off of it, he was supposedly a kind man, wouldn’t harm anyone. Turns out, he was the person who killed Scott Hall.

“There was good in Windstrom. There was good in Peter. Most people just didn’t get to see it because they saw his on field antics, specifically on the day he died, and that is what they remember about him.

“Besides, if I didn’t try, I would have to live with the ‘what if I would have tried to help him?’ thoughts running in my head. Guilt is a horrible thing, and I didn’t want any unnecessary guilt.”

“You were shot for your trouble. You could have been killed. How do you feel about that?”

“How do I feel? Well, it told me to stop waiting around for life to happen. I had spent the majority of my kids’ lives coaching them. My wife divorced me, and I went into a small bout of depression. When I came out the other side of it, I told myself I wouldn’t ever date again. That was a mistake. I let one thing, one person, change how I viewed an important aspect of my life. When I got out of the hospital, I went back to the ball field and sought out an old friend, a team mom, and I stopped wasting time wishing I had married her instead of the woman I chose to be the mother of my children. It gave me an appreciation for life.

“On the other end of that, a good man went to jail. I’m not happy about that.”

“I can’t help but wonder why this manifests as White when other people who report similar, um, abilities describe it differently.  Where do you think this ability to see when people are near death comes from?”

“Head trauma,” Danny says matter-of-factly. “At least for me. A couple of days before I saw Scott Hall, I had been hit by a pitch.” He touches a spot above his left ear. “Right here. I walked it off. That’s what we did back then. Right after the championship game, my parents took me to the doctor. There’s a dent in my skull where the ball hit. The doctor claimed that is where the migraine came from, and I chalk it up as the reason I still have them and why I see the White.”

“That makes sense. Does it frighten you?”

“So, how do you think you will handle it going forward?”

“The same way I always have. If there is a chance I can help them, maybe alter the course of their life so they don’t die, then I’ll do what I can. It’s a burden, but I have to try, right?”

“And, Lisa, whatever is there, that voice you are hearing right now, it can’t harm you. It won’t. I think it is scared of you. I think it knows the only way to get to you is to taunt you.”

“Oh yeah. But he can’t see you—not the real you. It only sees what you allow it to see.”

With that said, Danny stands, picks up his chair, and takes it back to where he originally sat. He sits, and Lisa turns her attention to the notepad once again.

2 thoughts on “Voices, The Interviews: Danny”