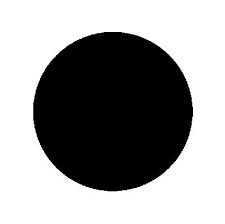 Some mornings I go to the post office for my job. Today was one such morning. I arrived there a little after eight and Mrs. Cathy stood at the call door, plastic sheet covering the entrance. Mrs. Cathy is probably in her mid-fifties, sweet and helpful. Whenever I go to the post office, we talk for about a minute, sometimes two. Standing on the outside of the call door were two men. One was an older gentleman, maybe mid-seventies or early eighties. He’s bald and thin and always wears tan or blue or gray slacks and a button-down shirt. He’s got a strong voice, great smile and he reminds me a lot of my grandfather. The other man was maybe forty, wearing a blue mask over his mouth and nose. I’ve seen him there a few times. We don’t really talk but we do exchange a ‘Good morning,’ and a ‘Have a nice day.’ It’s small talk, but we both acknowledge the other, respectfully.

The old man was giving Mrs. Cathy a hard time and laughing about it in his grandfatherly way.

“Are you harassing Mrs. Cathy again?” I asked.

“It’s the only reason I come here,” he said with that same warm smile on his face.

The four of us standing there gave a good laugh, even the gentleman I speak to in passing.

They returned the sentiment, then the older gentleman says to me, “You be safe out there.”

Given the current climate of the world, especially here in the United States, those words are spoken with real meaning. In case you missed it, there has been a dangerous virus making the rounds, leadership issues, joblessness has skyrocketed, the economy has plummeted, police brutality and racism have been hot button topics. Peaceful protests have turned into riots and we’re seeing all sorts of bad things happening, mostly because, to be honest, something that should no longer be, still is, and people are fed up—rightfully so. (Do I agree with the riots and looting? No. Do I agree with the protests and the reasons for it? Yes. Do I think this country’s justice system needs a complete overhaul from top to bottom? Yes. Do I believe the leadership in this country is lacking? Yes. Do I believe we can do something about this? Yes, absolutely.)

In 1996, the movie A Time to Kill came out. It had a great cast, including Samuel L. Jackson, Matthew McConaughey, Ashley Judd, Kevin Spacey, Sandra Bullock, Donald and Kiefer Sutherland and Charles Dutton, to name a few. It’s based on the novel of the same name by John Grisham. I will admit I have never read the book. I’ve seen the movie multiple times and I’m sure the book might be better. I will probably never know because the movie was so good I would hate to be disappointed that the book was, indeed, better.

The movie is intense at some parts, disheartening at others and shocking in the end. It is one of the best films I have ever seen. It also has what is, in my opinion, the greatest closing argument to any legal show or movie. Matthew McConaughey, who portrayed the young, white attorney who agreed to defend the distraught, black father, gives a moving speech.

Before he gives his closing argument he asks:

“What is it in us that seeks the truth? Is it our minds? Or is it our hearts?”

Those are some powerful questions. He goes on to state:

“I set out to prove a black man could receive a fair trial in the south. That we are all equal in the eyes of the law. That’s not the truth. Because the eyes of the law are human eyes. Yours and mine and until we can see each other as equals, justice is never going to be even handed. It will remain nothing more than a reflection of our own prejudices. So, until that day we have a duty, under God, to seek the truth, not with our eyes, not with our minds, where fear and hate turn commonality into prejudice, but with our hearts …”

He then goes on to ask the jury and anyone in the courtroom to close their eyes. He tells of the brutal rape, beating, hanging and dumping of the little girl’s body. He tells of how they destroyed her womb, then tried to kill her. At one point, McConaughey’s character struggles to hold it together.

After relaying a story that the people of the town and the all white jury, already knew, he says, quite simply, with most folks’ eyes still closed, “now imagine she’s white.”

It’s the mic drop to end all mic drops. It’s also the very truth of what is going on in the world today, with racism, with the anger felt because of years of systematic discrimination and abuse inflicted by one color of people onto another.

Skin color is just that: color. It’s not what should set us apart. Everyone has dreams, hopes and ambitions. Everyone is a son or a daughter. Many people are brothers or sisters, moms or dads, Everyone has feelings. Everyone bleeds red.

At the beginning, I mentioned three folks at the post office. All three of them are tremendously nice and friendly. The old man reminds me of my grandfather. Remember that? All three are black. Does that change how you viewed those three people and the interaction?

Imagine they were white. Now make a change.

Until we meet again my friends, be kind to one another.